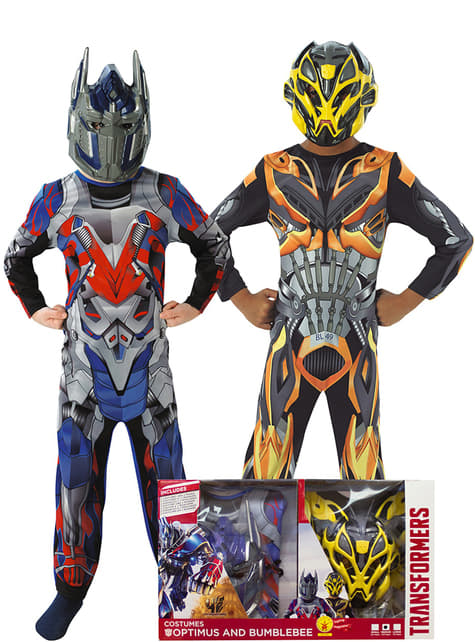 Bumble Bee and Optimus Prime costume for Kids in a box

Optimus Prime is the protagonist of the Transformers line of toys produced by the American company Hasbro. They had a jump in popularity thanks to the different films produced by Steven Spielberg. In them are narrated titanic struggles between the Autobots (whose leader is Optimus Prime) and the Decepticons. Bumblebee is another character from Transformers and is capable of transforming into a Volkswagen beetle (in the animated series) or in a Chevrolet Camaro (in the 2007 film).

This amazing Transformers costume pack includes two jumpsuits and two masks like those worn by BumbleBee and Optimus Prime.

Upload your photos to Instagram with the hashtag #funidelia followed by #funidelia12785.