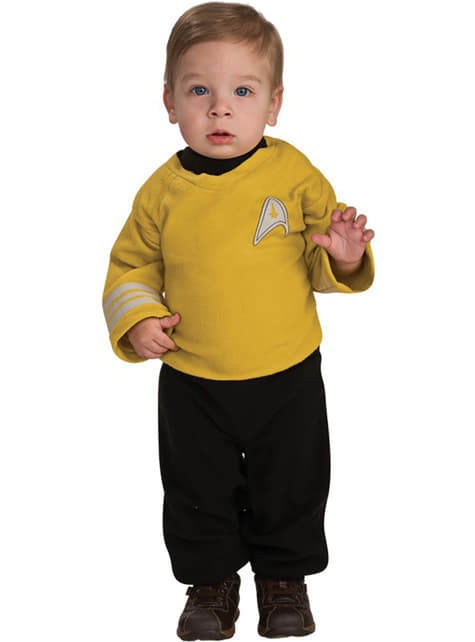 Your child will be the captain of The Enterprise with this Captain Kirk Star Trek costume for a child.

This adorable Captain Kirk costume includes a black and yellow jumpsuit with the symbol of the Enterprise ship on it.

Upload your photos to Instagram with the hashtag #funidelia followed by #funidelia20471.