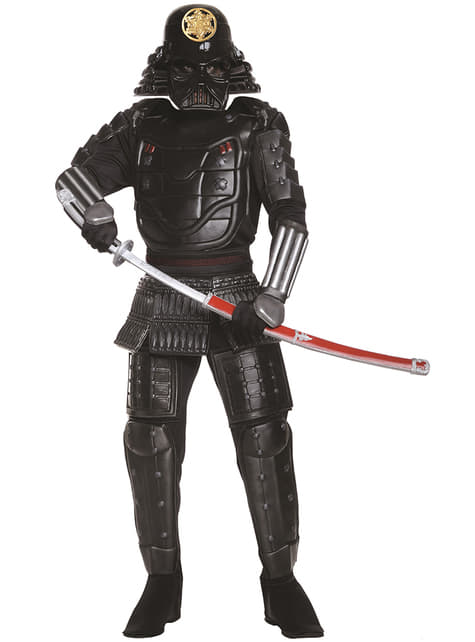 Use your samurai abilities on the dark side of the Force with this Darth Vader Samurai costume for an adult.

Darth Vader is the primary antagonist in the original trilogy of the Star Wars saga. The original trilogy depicts the character as a fearsome cyborg, a disciple of Darth Sidious, the Emperor, who carries out brutal oppression in the galaxy against the activists of the Rebel Alliance. The prequel trilogy describes him as a slave boy named Anakin Skywalker who becomes a heroic Jedi Knight during the Clone Wars. It is then that falls to the dark side of the Force after Palpatine (Darth Sidious) manipulates him into betraying the Jedi to overthrow the Galactic Republic. In Episode VI, Vader is redeemed (to see his son Luke Skywalker being tortured by the Emperor) to help destroy the Empire, sacrificing himself in the process and ultimately fulfilling his destiny as the Chosen One.

This awesome Darth Vader costume includes a black jumpsuit with built-in moulded black armour parts with many carved details. The costume also features black gloves and a dramatic black helmet with a gold symbol on the front. This costume is a fusion of original equipment with Japanese Samurai armour. 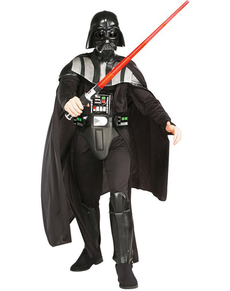 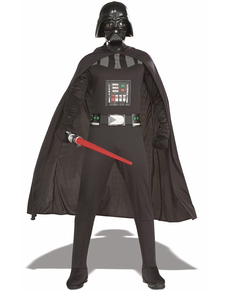 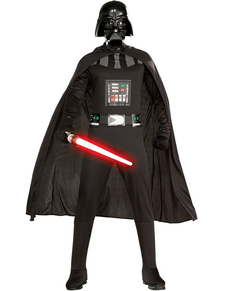 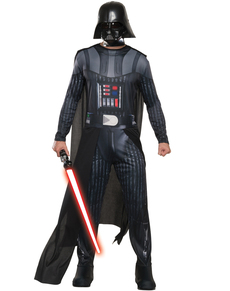 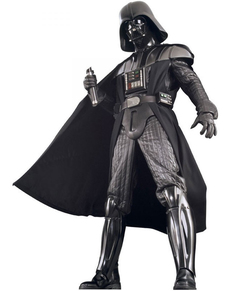 Upload your photos to Instagram with the hashtag #funidelia followed by #funidelia05107.