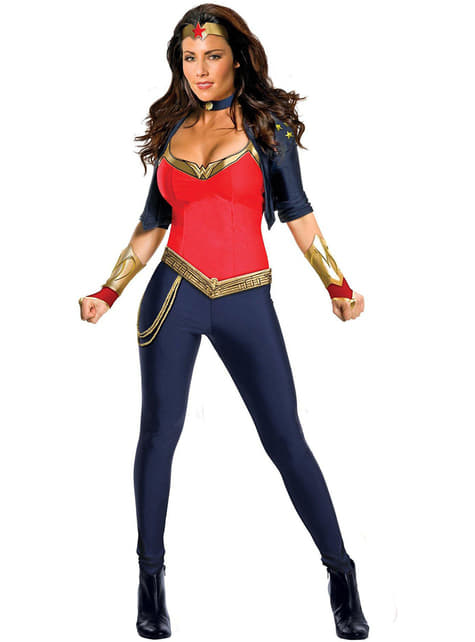 Become the sexiest super heroine with this Deluxe Wonder Woman costume for a woman.

Wonder Woman is the Princess Diana of the Amazons, a superhero from DC Comics, appearing in comics, cartoons, and movies. She was created by William Moulton Marston, her first appearance was in All Star Comics Magazine N ° 8 (December 1941). She is one of the few heroines who has a male counterpart and is informally considered to be, along with Superman and Batman, a member of the 'Trinity' of DC Comics, these three superheroes being considered the most important from this company. She has great strength and intelligence, being able to raise Themyscira with one hand and without effort. She is vulnerable but is considered at the level of a goddess by the rest of the superheroes since she does not age, she is immortal, and she has an extraordinary beauty. She also has the ability to appear in an outfit suited to the needs: skater, swimmer, nurse and cowgirl. She has a magic loop that forces you to tell the truth, makes you lose your memory and is indestructible. She has other weapons like her tiara, which serves as a boomerang, and some reflective bracelets made of a metal from Paradise Island called 'feminum' which is resistant to all kinds of rays, bullets and other projectiles. She always prefers to promote peace instead of war and uses her persuasion rather than her superpower to subdue wrongdoers.

This spectacular Wonder Woman costume includes blue trousers, a red and gold top, a blue jacket, a gold tiara with a red star and red and gold fingerless gloves. 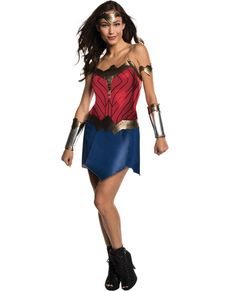 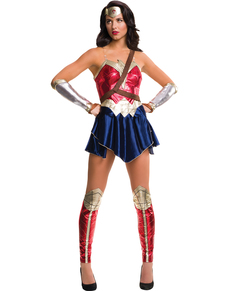 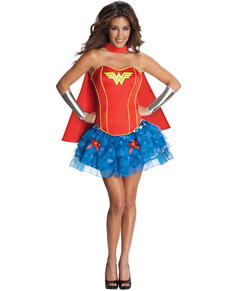 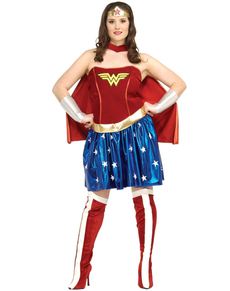 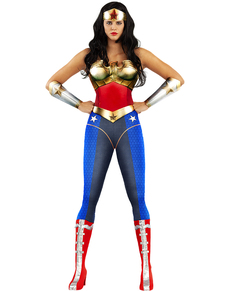 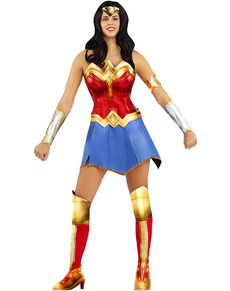 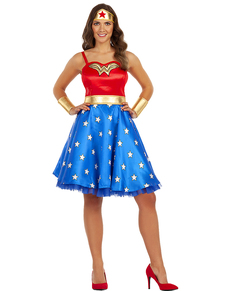 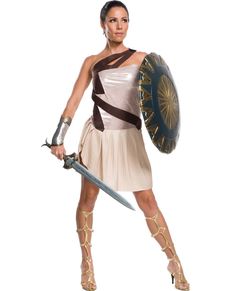 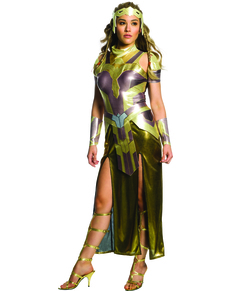 Upload your photos to Instagram with the hashtag #funidelia followed by #funidelia05146.