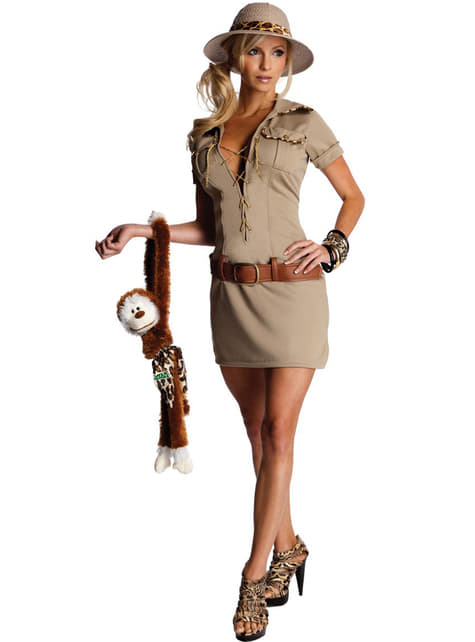 Jane Tarzan costume for a woman

You will be Tarzan’s girl and hunt like him with this Jane Tarzan costume for a woman.

Tarzan is a fictional character created by Edgar Rice Burroughs. His first appearance was in the pulp magazine All Story Magazine in October 1912, and later adapted into a novel after which came twenty-three sequels, as well as having been adapted numerous other times, especially in comics, as well as in film and television. It tells the story of John Clayton, the son of a pair of Scottish aristocrats lost in the African jungle at the end of the 19th century. After their deaths, John is adopted by a pack of apes, the "mangani". They call him "Tarzan", which means "white skin" in magani. Tarzan acquired great physical skills, could jump from trees, swing by vines and was able to face any wild animal to defend his family, and he also inherited a great mental ability.

This sexy Jane costume includes a camel safari-type dress type with built-in belt and a hat with a leopard-print ribbon.

Upload your photos to Instagram with the hashtag #funidelia followed by #funidelia05315.