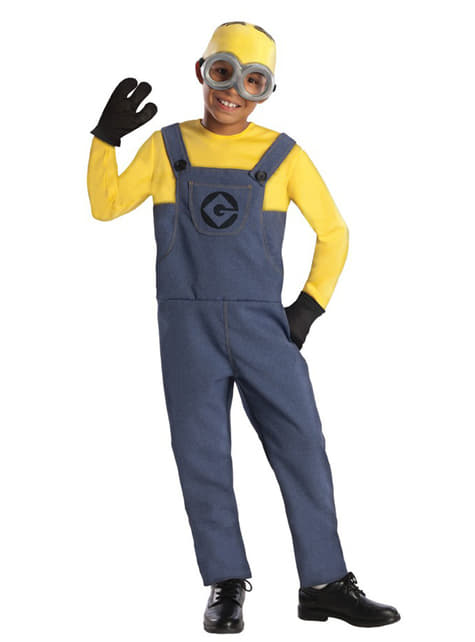 Minion Dave costume for a boy - Despicable Me

You'll help Gru with his evil missions with this Minion Dave Despicable Me costume for a boy.

Despicable Me is a comedy 3D animation film made by Universal Studios and Illumination Entertainment directed by Pierre Coffin and Chris Renaud. There is chaos in Egypt, the great pyramid of Giza was stolen and replaced by an inflatable replica, all because of an evil villain. While in a suburban neighbourhood surrounded by white fences with flowering roses, is a black house with a yellowish lawn. Without the neighbours knowing it, under this house is a great secret hideout.

Includes a jumpsuit that looks like blue dungarees with the upper part like a yellow shirt, a yellow hat, grey glasses, and black gloves. 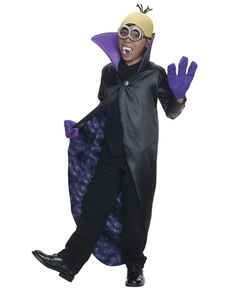 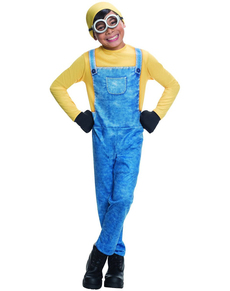 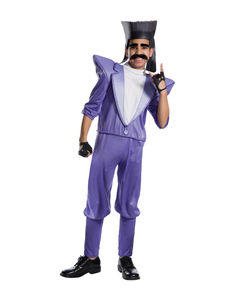 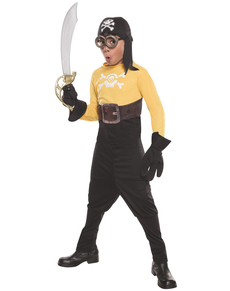 Upload your photos to Instagram with the hashtag #funidelia followed by #funidelia12280.