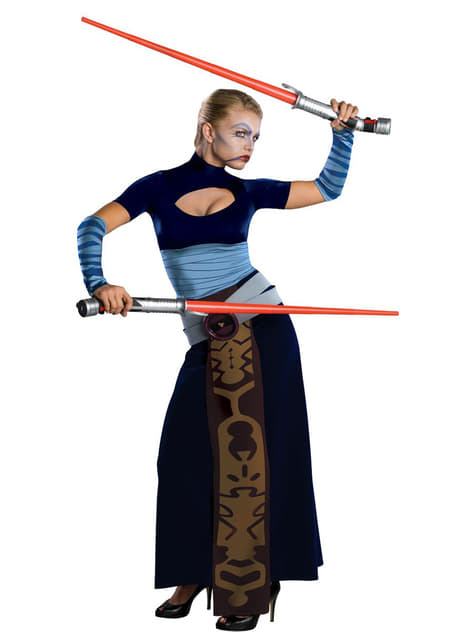 You'll be an aspiring Sith that will command the separatist army in the Clone Wars with this Star Wars Asajj Ventress costume.

Asajj Ventress was a Dark Jedi and one of the sensitive acolytes of Count Dooku’s force during the Clone Wars acolytes. As a child, Asajj was trained in the Jedi arts on her home planet by the Jedi Knight Ky Narec, but succumbed to the dark side when he was killed. After taking over the lightsaber of her dead master in addition to her own, Asajj killed all the warlords in Rattatak. Finally, Asajj’s actions caught the attention of Dooku, who, after a test of her skills, appointed her commander of the Confederacy of Independent Systems.

Upload your photos to Instagram with the hashtag #funidelia followed by #funidelia05098.