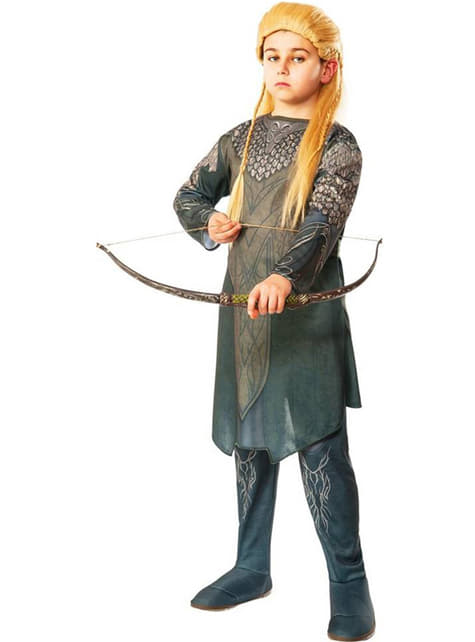 Legolas The Hobbit The Desolation of Smaug costume for Kids

Camouflage yourself as an Elf and be as skilled as Legolas with this Legolas The Hobbit The Desolation of Smaug costume for a child.

The Hobbit: The Desolation of Smaug is the second part of a trilogy directed by Peter Jackson, famous for directing the trilogy of"The Lord of the Rings" and whose world première was on December 13, 2013. This film continues the story of the struggle to reconquer the dwarf Kingdom of Erebor, taken by Smaug, a dragon who long ago exiled the dwarf village. For this reason, a group of thirteen dwarves led by Thorin Oak Shield, son of the last King under the mountain and belonging to the lineage of Durin, will fight together with Gandalf the famous grey mage and Bilbo Baggins, the hobbit looter, by regaining his Kingdom facing a multitude of dangers to achieve goal.

This fascinating Legolas costume includes a tunic in green, grey and black with well-worked details that give more reality to this famous elf of Middle-Earth, and stop you from being seen so you can hide in the grass to catch the enemy orcs by surprise. The costume also includes trousers along with a pair of black boot covers with a detail in the shape of light-coloured roots on the shins, completing the camouflage outfit. 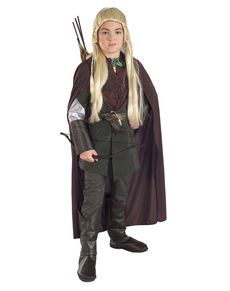 Upload your photos to Instagram with the hashtag #funidelia followed by #funidelia12370.